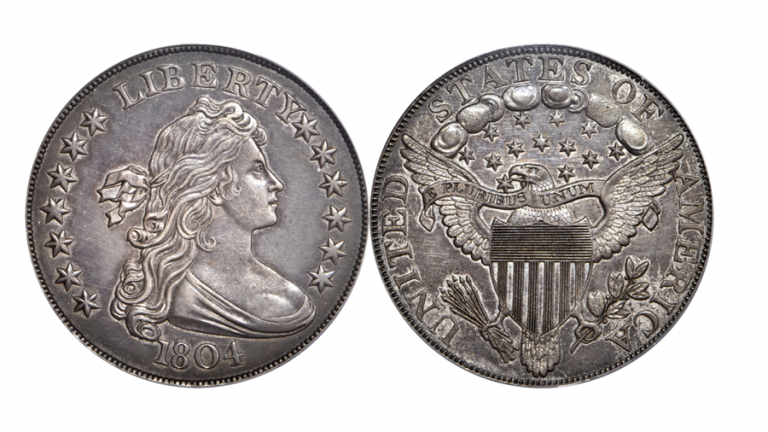 When it comes to selling your valuable coins, most people hope to get a few thousand for their collection if they’ve been keeping up with the hobby for a while. But a recent sale has brought forth a whopping $24 million! This phenomenal collection was decades in the making and features some of the most sought-after pieces in the market of coin collecting. This collection is only a dream for many in the hobby, but one famous man was able to make it a reality, and now the funds are going to a wonderful cause.

The former owner of the Utah Jazz, Larry H. Miller passed away in 2009. Throughout the last several decades, however, Miller amassed a coin collection of more than 1,600 pieces. He asked his wife Gail to sell the coins when he passed away, and the sale has finally come to fruition.

Miller’s coin collection was offered in two separate auctions, both held by Stack’s Bower Galleries. The first auction was active in November 2020 and brought in more than $9 million, and the second auction finished up in mid-December, garnering over $14.5 million. The proceeds from the auctions will go toward a new Intermountain Healthcare Primary Children’s Hospital campus being built in Lehi, Utah.

One press release called the collection “an astounding array of rarities that are found in. only the most legendary cabinets in U.S. numismatics.” Since the collection is so vast, it’s impossible to cover every single coin that was up for auction. We can, however, talk about some of the most valuable coins that were put on offer.

The second auction from the collection contained some amazing pieces, such as the 1804 Draped Bust Silver Dollar, Class I Original. This coin sold for $3.36 million. Only eight of this particular coin are known to exist in the world, and it’s been referred to as the “King of American Coins.”

Another famous piece from Miller’s collection was a 1794 Flowing Hair Silver Dollar, which sold for a whopping $1.05 million. This piece has been called the most important silver dollar ever struck, and with a mintage of just over 1,700 coins, it’s also incredibly rare to find today. This coin was the very first silver dollar ever minted in the U.S.

One more fascinating piece from the collection was the extremely rare 1894-S Barber Dime. This coin only had 24 coins struck and only nine are known to exist today. There are various theories among numismatists as to why the San Francisco Mint would produce just 24 of these coins, and the mystery is almost as intriguing as the rarity of the coin itself.

While it’s highly unlikely that many of us will gather such an amazing collection of valuable coins as what Larry Miller had, it’s certainly a goal to aspire to! If you’re already looking to sell your collection, be sure to have it appraised first so that you get a fair price. Collectibles Investment Group is happy to help appraise coin collections of all sizes, as well as collections of paper money, comic books, sports cards, fantasy cards, and so much more. Contact us today to learn more and to set up your appraisal!