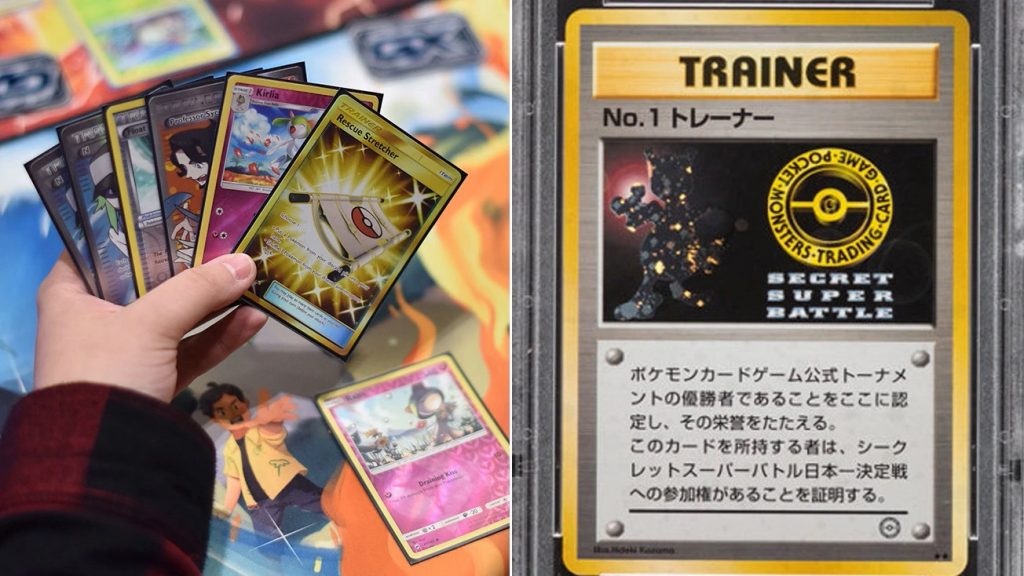 If you’re a longtime fan of Pokémon, you probably know how rare the original trainer cards are. When it comes to the most valuable fantasy cards on the market today, the Pokémon No. 1 Trainer Card is one of the first that comes to mind. This Item card was originally released in Japan and remains one of the most coveted cards in the entire game.

The original No. 1 Trainer Card first came about during the Japanese Pokémon Card Game Official Tournament. This event was held on June 14th and 15th, 1997, but the card was exclusively distributed on the first day of the event. The card was given to the champions of the qualifying rounds of the tournament, and later in the year, it was reprinted and awarded to Champions at the regional Lizardon Mega Battle Conference.

The No. 1 Trainer Card has, since then, had multiple reprinting from 1990 to 2018. The cards are reprinted for each year’s World Championships and are often presented to a few select attendees. Every card features a different Pokémon on its cover, and as for the text, the cards allow the owners to attend the next year’s Pokémon World Championships.

Each iteration of the No. 1 Trainer Card is incredibly rare, often considered some of the rarest and most valuable fantasy cards in the entire trading card hobby. For many of the variations, less than 10 copies were printed. Often, these cards don’t even show up at auction because the owners would rather keep these valuable pieces in their collection.

However, as of June 2020, a 1999 Super Secret Battle No. 1 Trainer Card will be shown at auction. This particular card was awarded at the finals in Tokyo on August 2nd, 1999, and only seven of these cards are said to exist in the world. As of writing this article, the auction has not closed yet, but the card is expected to sell for up to $100,000.

These cards often sell for a hefty sum as well. In 2018, a Trainer No. 3 Card sold for $60,000 on eBay, though the seller found themselves making national news when the card got lost in the mail on its way to the buyer. The only Pokémon card that is arguably more valuable than these 3 trainer cards is the pre-release Raichu. This card was given to employees and friends of the company Wizard of the Coast. Less than 10 cards exist in the world, and no owners have tried to sell it.

If you ever happen upon one of these incredibly valuable Pokémon cards, you will have a true gem on your hands. The rarity of the No. 1 Trainer card makes it a highly sought-after card in every Pokémon collector’s stack. No matter what Pokémon cards you have, you may decide you’re ready to sell a few. Before you do, make sure you contact an experienced appraiser, so you know what to expect as far as price.

Collectibles Investment Group is proud to offer free and accurate appraisals on Pokémon cards, fantasy cards, sports cards, comic books, coins, paper money, and more. You can get an appraisal from the comfort of your own home! Contact us today to set up your appraisal.

Tags: most valuable fantasy cards
Get Your Collection Appraised For Free