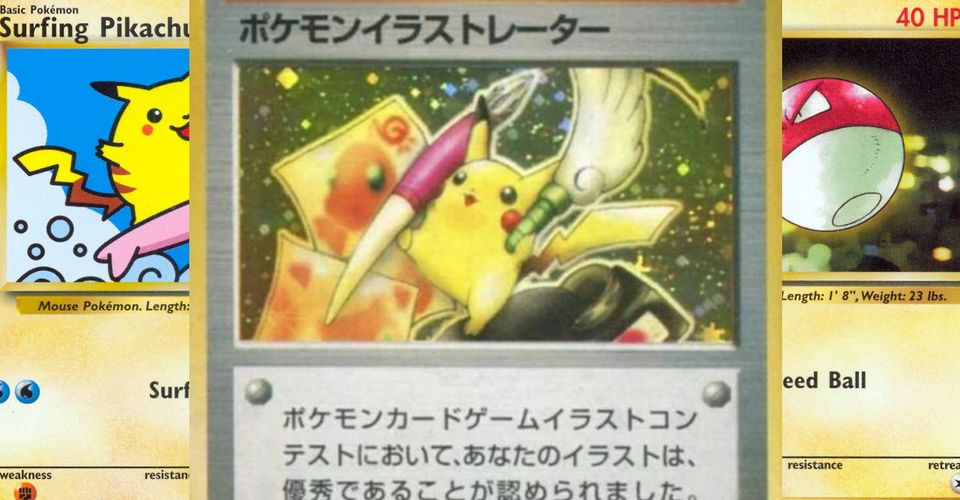 When you talk about Magic: The Gathering, Pokémon, or other valuable trading cards, the main purpose and appeal is right there in the name: trading. While we often think about the insane value that some of the rarest cards sell for, huge trades don’t usually make the news. Until now. A private trade saw an exchange of merchandise totaling almost $1 million, making it one of the most valuable trades in the history of Pokémon.

An individual from Italy only known as “Marco” is now the proud owner of a Pikachu Illustrator card. These rare cards are highly sought after among collectors, as only 19 are known to still exist today (more on that later). But what did Marco give up in order to collect this amazing card? The other participant in the trade, who has chosen to remain anonymous but is known to live in Japan, received nine Charizard cards as well as three private, custom-made drawings by Mitsuhiro Arita.

Charizard cards have been steadily increasing in value lately, and the nine involved in this trade are believed to have a combined value of $850,000. The unofficial drawings from Arita are valued at $50,000 collectively, bringing the total value to a whopping $900,000. When asked by PokeBeach why he wanted the Pikachu Illustrator card, Marco gave the following quote:

“I consider the Pikachu Illustrator, especially in mint condition, to be the holy grail of Pokémon collecting…. The card’s artwork represents the real meaning of the Pokémon TCG: yes it’s a card game, but it’s 90% about collecting cards! And collecting is all about the artwork! …An artistic Pikachu that is created by the illustrator of the artwork itself: it’s pure magic.”

Clearly, the most valuable Pokémon card in this trade was the Pikachu Illustrator. These cards were originally given out to the winners of three separate card illustrator contests held in 1998 by CoroCoro Magazine. Every winner received both a copy of the promo as well as their winning artwork on a promo card. While it’s believed that no more than 39 copies were awarded, only 19 are known to still exist. To put this most recent trade in perspective, a Pikachu Illustrator card that was ungraded sold in November 2020 for $340,000.

As far as the Charizard cards, these items are no stranger to the press, especially as of late. This trade included iterations of the iconic character, all graded at least a PSA 9 with several graded at 10 Gem Mint. Some of the cards in the collection included a First Edition and a Shadowless Base Set card, the very first Shining Charizard, and the final Charizard card that Wizards of the Coast produced.

There has never been a better time to sell your Pokémon cards if you’ve been building up your collection for a while. While Charizard cards have been the star of the show in several six-figure sales throughout 2020, any and all Pokémon cards have a buyer right now! Since the hobby is finding an unprecedented resurgence, now is the perfect time to have your collection appraised and see what kind of money you can make. Collectibles Investment Group offers reliable, accurate, and fast appraisals for all kinds of card collections, from Pokémon to Magic: The Gathering to Yu-Gi-Oh! and more. We also appraise sports cards, comic books, coins and paper money, and more. Contact us today to get started!