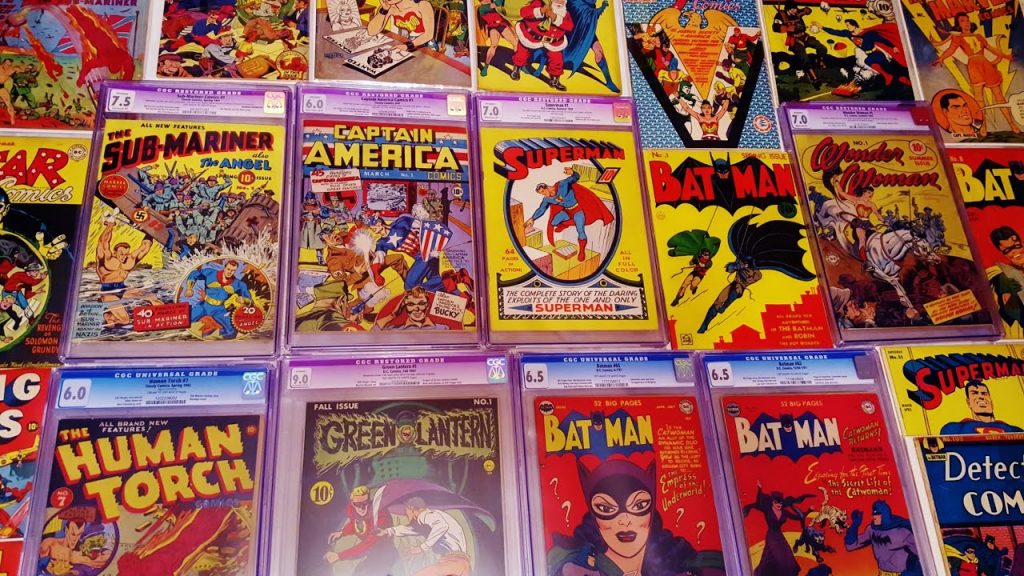 Comic books have been an incredibly popular hobby for decades now, but they’ve never been more successful than during the Golden Age of Comic Books. These pivotal years introduced readers to many characters we know and love today, and we simply wouldn’t have many of our biggest entertainment figures if not for this period. If you’re looking to sell valuable comic books, you can rest assured you’ll get a pretty profit if you’ve got an authentic piece from the Golden Age.

About the Golden Age

The Golden Age of Comic Books refers to the period from 1938 to 1956. The term was first used by Richard A. Lupoff, a sci-fi and mystery author, in an article titled “Re-Birth” that was published in April 1960 in Comic Art issue one.

It was during this period that comic books were first published, and they instantly became a hit with readers. The superhero archetype was something that had never been seen before in entertainment, and it gave the population something to root for in otherwise tumultuous times.

History of the Age

Many consider the introduction of Superman to be the beginning of the Golden Age. His first issue, Action Comics #1, debuted from Detective Comics (now DC Comics) in 1938 and was an incredible success from the get-go. Once other companies witnessed the insane success, they were inspired to create their own figures. Superman’s popularity is a major reason why comic books became their own sector of publishing in general.

Between 1939 and 1941, readers met multiple characters that are still iconic today, including Wonder Woman, Green Lantern, Batman and Robin, Aquaman, Captain America, and more. As the world was entrenched in World War II, many characters donned red, white, and blue uniforms to show their American patriotism. Captain America even went so far as to punch Adolf Hitler on the cover of Captain America Comics #1.

Once the war ended, newspaper comic characters made their way into comic books. Famous figures from Blondie appeared in the comic book Dagwood Splits the Atom. Integrating these already well-known characters into comics was a strategy to ease the minds of young readers concerned with nuclear war. Long-running humor comics also debuted during this time, including Mad and Four Color Comics in 1952.

While superheroes have always been comic book staples, their popularity started to decrease in the late 1940s. Publishers started looking into other genres around this time, including Westerns, sci-fi, horror, romance, and more. Some superhero comics were transitioned into these genres, while others were cancelled altogether.

If you’re wondering about the most valuable comic books, the Golden Age is a good period to start with. The first appearance of Superman in Action Comics #1 has sold for a whopping $4.2 million, and Batman’s debut in Detective Comics #27 sold for upwards of $2.8 million. Wonder Woman’s first appearance in All-Star Comics #8 raked in $936,000, and Captain American has brought in $915,000 with a sale of his debut in Captain America Comics #1.

Of course, as with all comics, much of the value lies in the condition. The better shape a book is in, the more money it is likely to sell for. However, many of these above-mentioned comics will sell for an impressive minimum, even if they’re not in the best shape. Superman’s debut has a minimum value of $125,000, while Batman is close behind at $100,000. You can sell your Captain America debut for at least $25,000 or your first Wonder Woman for $10,000 if it’s proven to be authentic.

Comic book fans from across the globe owe our love of the hobby to its Golden Age. There’s never been a more significant time in the history of collecting, and the value of some of these books are proof enough. If you’re looking to sell comic books, be sure to have your collection appraised properly. Collectibles Investment Group can assess your comics, sports cards, fantasy cards, coins, and more. Contact us today to get started!

Tags: Golden Age, History of the Age, Most Valuable Golden Age Comic Books
Get Your Collection Appraised For Free